We have heard about WindPad a lot of late,

but that does not mean Micro Star International is not working on what got them?critical fame during the last two years ? Netbooks. Notebook Italia reports of two new 10-inch netbooks that the Taiwan Company unveiled recently at Computex. 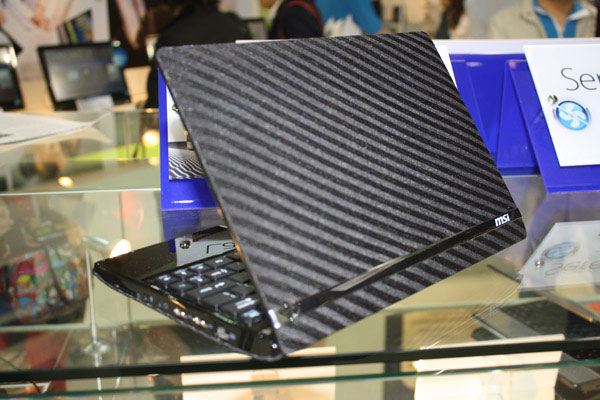 One (called Fashion, not sure if it will be a member of the Wind series) has a textured exterior with alternative black and grey diagonal stripes. It has matte grey keyboards and trackpad, with glossy black palm-rest area. It has an SD card slot, two USB 2.0 slots, mic and headphone ports and Ethernet out and other usual I/O ports. There is a single silvery mouse-button situated just below the trackpad. The processors and memory and other stuffs were not revealed at that time. 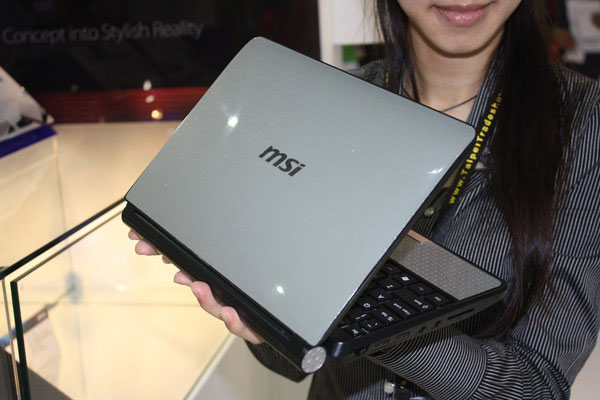 The second one is appropriately named ?Serene?, with a less aggressive look. Also it will?be really silent being a fan-less system. The glossy light grey exterior might attract a lot of fingerprints, as well as the textured palm-rest area. The keyboard is matte black though. The trackpad has a single mouse-button below it and both have a silvery tinge. There are the usual I/O ports including Ethernet, USB ports, Mic and headphone jacks, SD card-slot, VGA out etc. The internal configuration is not known.

Both these systems are not in production right now, and thus the pricing and availability are not known.